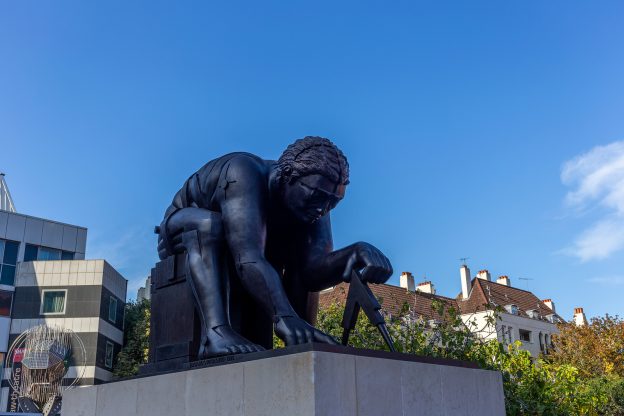 If there’s one thing that everyone has had to get familiar with during the coronavirus pandemic, it’s video conferencing, whether that’s for work meetings, or Saturday night family quiz, but the British Museum has been using Zoom technology to help people get close to the famous Easter Island statue at the British Museum.

The famous tourist attraction has revamped its online collection so that it now includes over four million objects – over half its total collection, reports the Evening Standard. Some artefacts, including the Easter Island sculpture Hoa Hakananai’a, can now be seen on “a level of detail inaccessible to the naked eye”.

The statue has been in the British Museum for more than 150 years and Easter Islanders have called for it to be returned.

An Admonitions Scroll made in China more than 1,600 years ago can also now be seen at close quarters, with more images using Zoom technology to be added in the coming weeks.

The online collection, first created in 2007, already includes the museum’s most famous objects, such as the Rosetta Stone, the artefacts of Sutton Hoo, the Cyrus Cylinder, the Elgin Marbles and the Benin Bronzes, and a metope sculpture from the Parthenon showing a mythical battle between a Centaur and a Lapith

The online collections also now include more recent acquisitions, such as the 73 portraits by Damien Hirst drawn on food-marked placemats, a previously lost watercolour by Dante Gabriel Rossetti, and a 3,000-year-old Bronze Age pendant.

There are 280,000 photographs of objects, and 85,000 new records being published online for the first time

British Museum director Hartwig Fischer said: “The British Museum Collection Online makes millions of objects accessible to the citizens of the world, wherever they might be.

“We are delighted to be able to unveil this major revamp early, and hope that these important objects can provide inspiration, reflection or even just quiet moments of distraction during this difficult time.”

The museum said it has seen a huge surge in traffic to its website since it closed its doors.

If you are looking for your own stone sculptures in East Sussex, then get in touch!