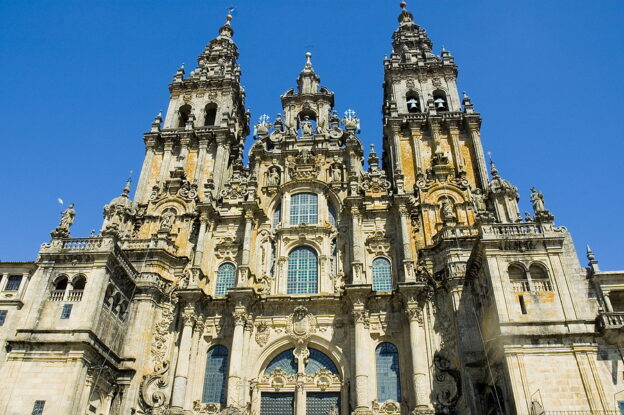 Art historian Jennifer Alexander has discovered an 800-year-old self-portrait left by a stonemason inside the Santiago de Compostela Cathedral in north-west Spain. The 11-inch-tall carving was found tucked away in a corner, 40 feet off the ground.

Many a schoolchild has carved their initials into a desk to leave their mark, but the unknown sculptor went one further 800 years ago, carving the self-portrait while helping to build one of Spain’s most famous churches, according to the Guardian.

And it only took a few centuries for someone to discover the cheeky prank!

Alexander, a scholar at the University of Warwick and an expert of medieval religious architecture, was conducting a stone-by-stone analysis of the Santiago de Compostela Cathedral when she found the charming portrait.

“It’s just such a charming connection between us and the person that carved it,” she said. “It’s almost as if it was designed just for us to see it by those people working on the building. Of course, this stonemason probably had no idea that he’d have to wait so long to be spotted.”

The sculptor is sadly likely to remain unknown, as his name and his work will be lost to history. Stonemasons acted as both engineers and contractors in the construction of buildings such as the cathedral, and would usually go uncredited in the historical documents.

Important stonemasons were allowed to carve images of themselves into their work, but the creator of this visage was a lower-level craftsman who would have been expected to remain in the background.

Alexander explained, “He clearly had other ideas and placed himself where someone working on the building would find him, but the clergy would never notice what he’d done.”

Erected in 1211, the Santiago de Compostela Cathedral is believed to have been built above the tomb of Jesus’ apostle, Saint James the Great. It is now regarded as one of the finest examples of Romanesque architecture in the world and attracts hundreds of thousands of spiritual pilgrims each year.

If you need stonemasons in Rye (promise, no cheeky self-portraits hiding in the rafters), then get in touch! 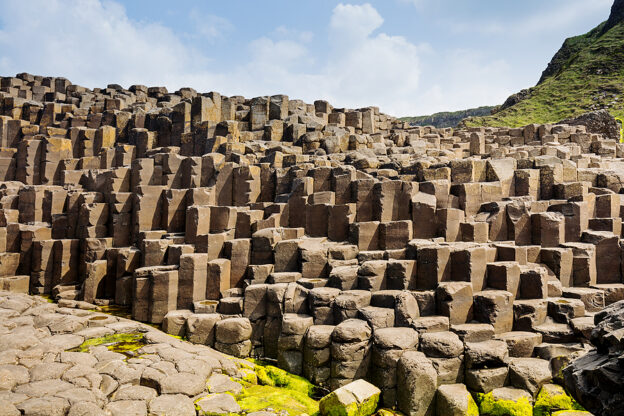 Scientists Discover How “Stone Forests” May Have Been Sculpted

A team of scientists may have discovered how “stone forests”, pointed rock formations found across the world may have taken shape, and it was not the work of stonemasons in Rye.

The team working at New York University conducted an experiment that explains that flowing water may have created the starkly pointed rock formations, according to a paper published in Proceedings of the National Academy of Sciences.

Water flowing over stone will slowly erode the rock, which recedes to form these vast stone forests and pinnacles.

To test the theory they used a rather sweeter alternative to stone: boiled sweets. They created a large block of candy and submerged it into a tank of water.

As is seen in this video, the whole block dissolves first into a series of holes, before the top surfaces are eroded to create a bed of spikes, before the whole structure collapsed. What is interesting is this particular pattern appeared even when the water remained still.

It is a fascinating study, not just because it helps us discover how seemingly impossible rock formations and natural landmarks are created, but also can be applied to how stonemasonry will erode throughout the years, from large structures and statues to headstones.

Stone is an incredibly robust structure but it does erode, and understanding the ways it will erode in different conditions will help in preservation, protection and restoration methods in the future. Nature is indeed a fascinating sculptor and stonemason.